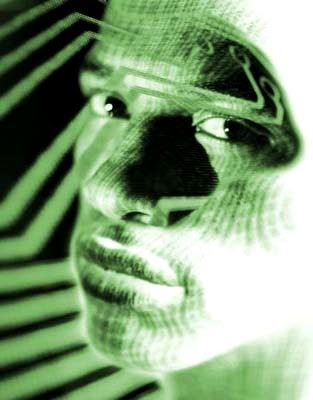 Lately browsing web I've come upon some webpages about home made implants - either electronics or some simpler things, like magnets - which people implant themselves at home to gain some additional senses experimenting with augmenting perception - to be able to sense what no human can normally feel...

The most basic one, and most popular one as it's very low budget and doesn't need a lot of skill (actually no skill if you find a piercer willing to do it) is implanting a neodymium magnet under skin of your fingers.

"Why the hell would one do that?" - you'd ask?
In answer I'll quote Richard P. Feynman: "Physics is like sex: sure, it may give some practical results, but that's not why we do it."
That's pretty much it - because it's awesome.

And well who as a child (or later) didn't want to have superhero abilities? Would it be some special sense or some special ability giving your body completely new ability... Thanks to implants - it is possible, at least in a limited way even now.

I haven't got any implants myself, but I am considering getting one in near future - when I figure out a few things (I plan to work with hands, may be not good idea to implant stuff into them) - to test it out, because this topic has always fascinated me.
Wouldn't it be interesting, and perhaps sometimes even useful to be able to feel electromagnetic fields? To be able to feel the waves generated by your cellphone (or any similar device) connecting to network, waves generated by speakers when you're not sure which one isn't working, for checking ignition in your car and possibly a lot of other implementations - as you could feel (and in time possibly recognize by specific feeling) anything that either creates some sparking or has an electric engine, or otherwise generates electromagnetic field...
I personally started playing with electronics - so it could be useful for checking some electronic devices too - even without specialized equipment...

Just like an additional sense, and all that is required is implanting a tiny (e.g. 2x4x1mm) neodymium magnet into one's finger...


Of course there are some safety concerns. The neodymium or other components of other implants may be toxic and in general do no good in contact with the body. But there are methods of testing and preventing such events from happening most the time by giving the implant a protective coating.

There are people who call themselves grinders. People like Lepht Anonym (on blogger as Sapiens Anonym) - xe became popular after giving a speech on 27C3 (Chaos Communication Congress - an annual hacker scene meeting in Hamburg) which later got broadcast by articles in Wired and other technology zins, so you may have heard about Lepht.
People who experiment at home, often without medical experience and knowledge, taking only pain pills and pain numbing gels generally available without prescription - which isn't nearly enough for implanting, helps just to numb the pain to not be excruciating (Lepht recommends biting on a towel), while it can lead to drug dependency by taking opiates or searching for illegal pain killers.
Because not being tested and approved it isn't considered a medical procedure - meaning they can't get anesthesia - best one can hope for is finding a piercer who will agree to implant a magnet, but with larger implants it would be probably out of question as most doctors wouldn't risk getting sued if it gets nasty later...

Just imagine though, if it got tested and safe methods were found, and it would be possible to quite painlessly acquire a new, additional sense by going to a surgeon and getting it implanted under local anaesthesia - taking just a few minutes, in sterile conditions, by a person who knows what they're doing and know what they could damage, how to do it best to avoid trouble later, and who could give you an antibiotic in case it gets infected or help with any other complications... Plus you wouldn't get scars or barely noticeable, few millimeters one.


Currently 'mainstream' implantology is concerned almost only about medical - life saving, or disability reducing implants (which of course I deem a good thing to take care of first and mainly). There are a few other - GPS implants some want to implant to their kids in case they get kidnapped (or they go again to meet that boyfriend they told them not to! - of course it causes concerns), or to notorious criminals for monitoring and RFID subdermal chips - which could become electronic IDs or medical IDs of the future (or as some want 'the mark of the Beast').
But there is a room for so much more, with almost every electronic device we can make possibly being in future implantable...

In my opinion it is quite a good opportunity to make ourselves better. I'm sure not everyone would agree - but it made me thinking. With current quick pace of technological advancement (hey, think how cellphones and laptops looked 20 years ago, or 50 years ago ;> ), won't body enhancement become a future?

Cheap implants increasing our abilities stepping outside the borders of what our bodies can physically do, powered by cells fed by glucose in our own bodies, implanted by medical staff and making us all superhumans?


I'm sure there are people who won't agree because of some religious reasons, maybe other concerns too - but still, probably that is where the evolution of humankind will extend - that's at least how it looks for me when I'm reading about medical and technological advances...


P.S. I'm not encouraging anyone to get a home-made implant even if I legally could encourage doing it. It can in fact be very dangerous without good medical knowledge, plus it's all experimentally done by individuals, not on larger, controlled, scientific scale.
By Unknown o 20:10 No comments: